The best place to learn anything is to... "Learn From The Giants"

Featuring... "The lessons they didn't teach you in school."

***Extra Extra Special***
The Best Christmas Story You "NEVER" Heard
Here's a 'today' Yule story that occurred 4 weeks ago – and now, during the holidays, I bring you the best Christmas story you “never” heard.
It started last Christmas, when Bennett and Vivian Levin were overwhelmed by sadness while listening to radio reports of injured American troops. "We have to let them know we care," Vivian told Bennett. So they organized a trip to bring soldiers from Walter Reed Army Medical Center and Bethesda Naval Hospital to the annual Army-Navy football game in Philly, on December 3, 2019.
The cool part is, they created their own train line to do it. Yes, there are people in this country who actually own real trains and Bennett Levin, a native Philly guy and a self-made millionaire is one of them. He has three luxury rail cars. Think mahogany paneling, plush seating and white-linen dining areas. He also has two locomotives, which he stores at his Juniata Park train yard. One car, the elegant Pennsylvania, carried John F. Kennedy to the Army-Navy game in 1961 and '62. Later, it carried his brother Bobby's body to D.C. for burial. "That's a lot of history for one car," says Bennett.
He and Vivian wanted to revive a tradition that endured from 1936 to 1975, during which trains carried Army-Navy spectators from around the country directly to the stadium where the annual game is played. The Levins could think of no better passengers to reinstate the ceremonial ride than the wounded men and women recovering at Walter Reed in D.C. and Bethesda, in Maryland.
"We wanted to give them a first-class experience," says Bennett.
"Gourmet meals on board, private transportation from the train to the stadium, perfect seats – real hero treatment."
Through the Army War College Foundation, of which he is a trustee, Bennett met with Walter Reed's commanding general, who loved the idea. But Bennett had some ground rules first, all designed to keep the focus on the troops alone:
No press on the trip, lest the soldiers' day of pampering devolve into a media circus.
No politicians either, because, says Bennett, "I didn't want some idiot making this trip into a campaign photo op" and no Pentagon suits on board, otherwise the soldiers would be too busy saluting superiors to relax.
The general agreed to the conditions, and Bennett realized he had a problem on his hands. "I had to actually make this thing happen," he laughs.
Over the next months, he recruited owners of 15 other sumptuous rail cars from around the country into lending their vehicles for the day (these people tend to know each other).
The name of their temporary train? The Liberty Limited.
Amtrak volunteered to transport the cars to D.C. – where they'd be coupled together for the round-trip ride to Philly – then back to their owners later.
Conrail offered to service the Liberty while it was in Philly. And SEPTA drivers would bus the disabled soldiers 200 yards from the train to Lincoln Financial Field, for the game.
A benefactor from the War College ponied up 100 seats to the game – on the 50-yard line – and lunch in a hospitality suite. And corporate donors filled, for free and without asking for publicity, goodie bags for attendees:
>  From Woolrich, stadium blankets,
>  From Wal-Mart, digital cameras,
>  From Nikon, field glasses, and
>  From GEAR, down jackets.
There was booty not just for the soldiers, but for their guests, too, since each was allowed to bring a friend or family member. The Marines, though, declined the offer. "They voted not to take guests with them, so they could take more Marines," says Levin, choking up at the memory.
Bennett's an emotional guy, so he was worried about how he'd react to meeting the 88 troops and guests at D.C.'s Union Station, where the trip originated. Some GIs were missing limbs. Others were wheelchair-bound or accompanied by medical personnel for the day. "They made it easy to be with them," he says. "They were all smiles on the ride to Philly. Not an ounce of self-pity from any of them. They're so full of life and determination."
At the stadium, the troops reveled in the game, recalls Bennett. Not even Army's lopsided loss to Navy could deflate the group's rollicking mood.
Afterward, it was back to the train and yet another gourmet meal – heroes get hungry, says Levin – before returning to Walter Reed and Bethesda . "The day was spectacular," says Levin. It was all about these kids. It was awesome to be part of it."
The most poignant moment for the Levins was when 11 Marines hugged them goodbye, then sang them the Marine Hymn on the platform at Union
Station. "One of the guys was blind, but he said, 'I can't see you, but man, you must be beautiful!' " says Bennett. "I got a lump so big in my throat, I couldn't even answer him."
It's been three weeks, but the Levins and their guests are still feeling the day's love. "My Christmas came early," says Levin, who is Jewish and who loves the Christmas season."I can't describe the feeling in the air." Maybe it was hope.  As one guest wrote in a thank-you note to Bennett and Vivian, "The
fond memories generated last Saturday will sustain us all – whatever the future may bring."
God bless the Levins … and God bless the troops, every single one.

The Spirtual Laws of Money

Learn The SECRET To Create What You Want!

How I Wake Up Every Morning Excited to Go to Work

​Some of the wisest minds/teachers/guides/gurus in the business world will be in Orlando in February for this two day
life ​altering, life enhancing personal achievement opportunity. For details click anywhere on the image below. 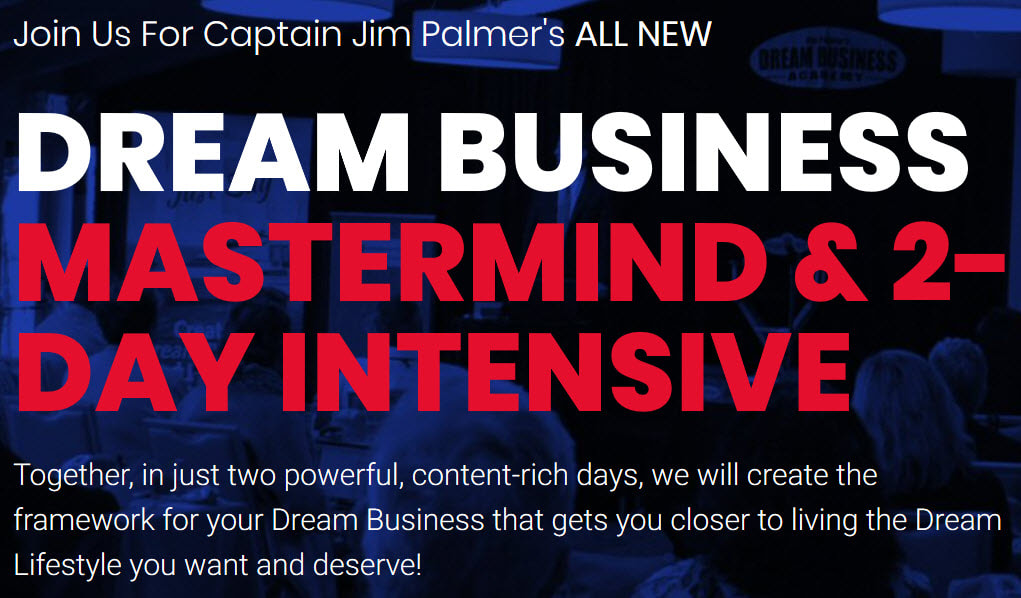 The "IQ Morning Report" is published by Jim Vaughan featuring...
"Ideas to improve all the tomorrows of your life."﻿

​The IQ Morning Report is a website that exist for educational purposes. The architecture of this site is a link directory, linked to audio, print, photography, and video content, freely available to anyone who has the time to search for it. The primary benefit we offer you is the amount of time (about three hours for each edition) we save for our "build-a-better life" subscribers.
We are proponents of the ownership rights of copyrighted materials  Our lead in and link to content on your site, in our opinion, falls under the "Fair Use" clause of copyright law.  Fair Use, noun, (in US copyright law) the doctrine that brief excerpts of copyright material may, under certain circumstances, be quoted verbatim for purposes such as criticism, news reporting, teaching, and research, without the need for permission from or payment to the copyright holder.  Should you or your company own copyrighted material that we link to and you would prefer we not do so in the future, send us an email and we will cheerfully, immediately, comply with your request.  IQMorningReport@gmail.com
Some of the training courses we talk about on this site offer affiliate marketing programs involving commissions. Nothing you will see on this page was chosen for that reason. If we believe in the program, we added it to the site. Our long term reputation for excellence is far more valuable to us than any short term commissions we might earn from a sale. If you are not 100% satisfied with any vendor, please let us know. We can make that vendor disappear faster than we were able to add them. Jim Vaughan, Editor
"Shared" content from a variety of Social Media platforms.